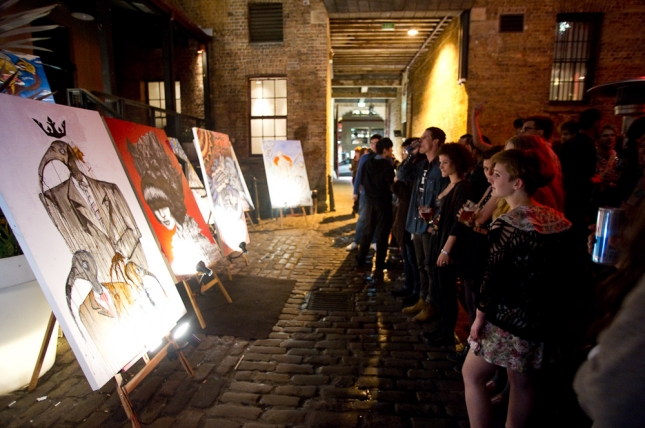 Thursday was the last and closing week of the Redbull Ar(t)gyle comp with the final draw-off round and the winner announced. Im happy to say that Ollie West took it with some sick ink work and concept. check it.

Dude absolutely killed it also taking a subtle jab at the corporate peeps surrounding the area, nicely done!
All the artists showed up for the final week and chilled out, which eventually turned into a big party. Great experience meeting these talented guys, hopefully more work/projects with these guys in the future.
It was also cool to see all the pieces standing next to eachother from each artist featuring a different style or skill background (graff, illustration, ink etc.)
Imagine Oceans Eleven with the team’s individual skillsets except everyone has a beard or some kind of facial growth. Cam would be Danny Ocean, i’d be Burney Mac/Don Cheadle or some other redundant character. Anyways here are some more snaps from the night taken by Ashley, credits to Redbull, Argyle etc. 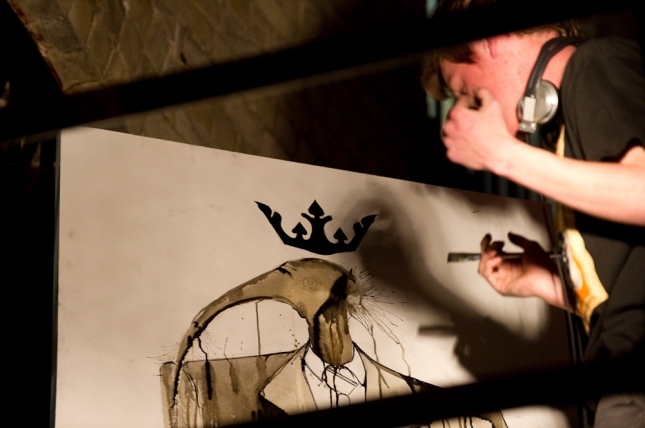 So I think the piece will be on display as part of Redbull’s gallery for a month or two, then it is ours to sell/keep. Anyone keen? haha


Kendrick’s section 80 is actually pretty dope. I slept on it hard and didnt really like him when his mixtapes were out but yeah, this album takes it. Defs cop!