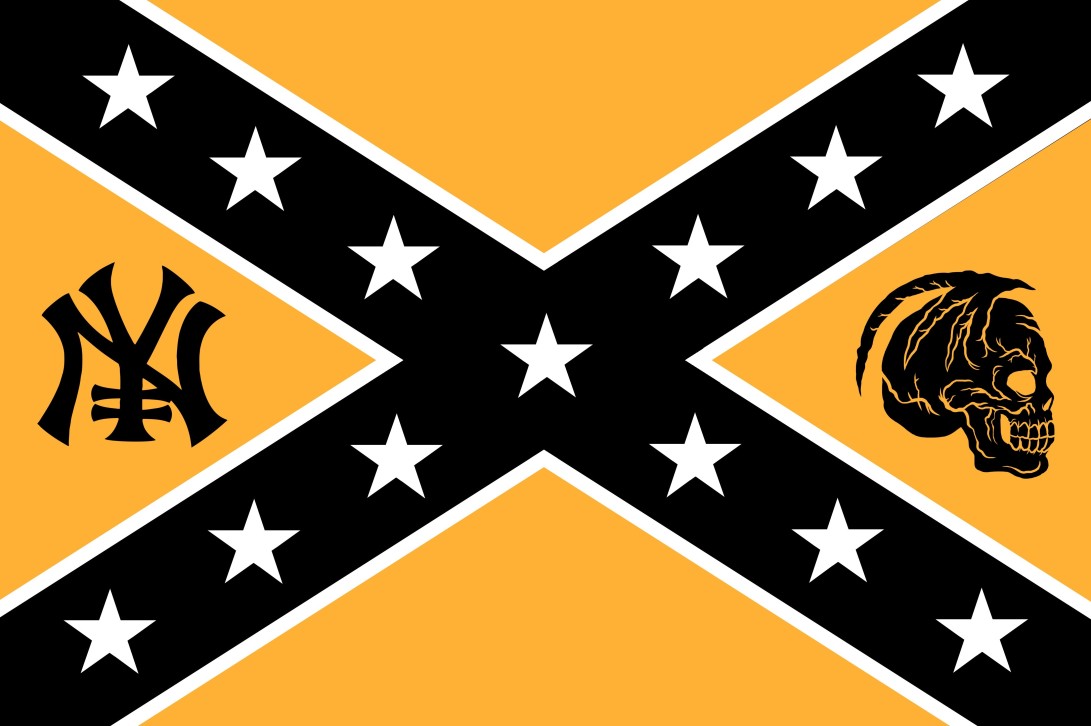 An interview I conducted with Jin Hein Lau for Australian Infront.

Pattern maker and graphic designer by day, lethargic Americanophile rascal by night. Chris Yee is fast becoming a household name (I count atleast 5 households ) for illustrations of the absurd and the awesome.

He will be having his first solo exhibition titled MENACE on the 6th of November at Kind Of Gallery on 70 Oxford St, Sydney.

I sat down with him tonight to conduct an interview so we can all find out more about… the world of Chris Yee.

AusInfront : First of all Chris, tell us about your upcoming solo show.

Chris Yee : Ok, the show is based on this year long concept I’ve been working on to try and create my own ‘world’  alot of ties to 90s music, ink and misinterpreted Americana.

AusInfront : If you could choose to live in the perfect version of 90s America, which movie would represent your life the most ?

Chris Yee : Probably in The Simpsons world or something and I would be a goon in Jimbo’s gang. If not the Romeo Must Die world where I’m Jet Li and my partner is “ryde or die” Aaliyah (RIP).

AusInfront : If I’m not mistaken, Romeo Must Die came out in the year 2000, sorry I have to correct you because of my profession as a Journalist.

AusInfront : Going over your portfolio, the bowl cut and bucktoothed character Boo Boo Loo seems to be a constant, is he a symbol of minority empowerment or is there something else you are trying to say with this caricature of a character ?

Chris Yee : On a surface level it’s literally supposed to be an Asian version of Bart Simpson – my take on the “Black Bart” phenomena of the 90s. I feel that there isn’t really an accurate modern depiction of kids like myself growing up in a western country.Even though he looks sterotypical you’ll never catch him doing anything close to the stereotype in behaviour or situation. He’s more of an everyday up to no good, Dennis the Menace type guy.

*at this point during the interview, I show Chris a gif of Jet Li and Alliyah snapping the neck of an attractive female assassin from a scene in Romeo Must Die*

Chris Yee : Thats a sick gif. I feel guilty when she dies though and they go x-ray.

AusInfront : Thank you, I’m with Reuters. If your art is about misinterpreted Americana, do you think any part of it is actually a reflection of growing up in Sydney Australia in the 90s ?

Chris Yee : I’m not sure if it is a reflection of Australia as a whole, but growing up in a family of boys with many older cousins we were exposed to alot of strange cartoons, foreign comics and music at a really young age. I like to compare the misinterpreted Americana thing closer to the way Japanese took elements of style and culture from America and interpretted it completely wrong but in a very unique way.

AusInfront : Would you rather be art game Goku, or art game Vegeta ?

Chris Yee : Art game Goku, so I get the SS3 with the hair down to the butt.

AusInfront : Final question, did Jimbo run the gang or did Nelson run the gang ? I always thought Nelson was like a mercenary for hire kinda guy and it was Jimbo and the bald dude and the Edward Furlong hair guy who has a proper outfit. Also, if your fantasy world is Springfield, does that make your real life Shelbyville ?

Chris Yee : No, Shelbyville’s for losers. I think Nelson had more power but was just some poor misunderstood hillbilly kid. Jimbo ran things because he had a shirt with a skull on it.

AusInfront : Mr yee, it has been a pleasure.